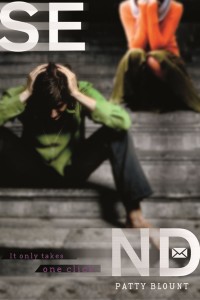 It’s my pleasure and honor to host Patty Blount this week for Writer Wednesday. Like a lot of authors I’ve featured, I’ve meet them on Twitter. However, with Patty, I can’t really pin point WHEN I met her. She’s just been there. Patty, do you recall the when we first began to interact? I’m pretty sure we met through Trish Leigh. 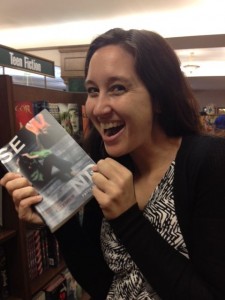 *blinks* Um… NO! I can’t remember EXACTLY when we met but I think you’re right, it was through Trisha Leigh and Bill Cameron. I am pretty sure she RT’d a link to your blog, where I read all about your family and that you’re a single mom taking care of six kids and I think I actually took a nap that I dedicated to you for that alone. When I learned you’re also a writer, I did a little fist pump and said, “Woo hoo! More cool stories to read.” I’ve learned that my Twitter pals have the BEST stories.

In any case, Patty is one of the sweetest, most dear people I’ve had the pleasure to meet on Twitter or in person. She’s always so uplifting and encouraging I feel honored to call her my friend. So when I heard she’d sold her first novel, I was thrilled for her! And of course, I had to introduce you all to her.
*blushes* I feel exactly the same way about you. *squishes Denise*
Patty’s debut novel, SEND is a young adult contemporary novel and it deals with the difficult subject of bullying. But the fascinating aspect of SEND is that it’s told from the bully’s perspective, several years after the incident. Patty, what gave you the idea to write SEND?
It was never one idea. It was more like a bunch of ideas got together and became bigger than their individual selves. I’d been genre-shopping, trying to develop my own voice. I’d tried mysteries, suspense and romance and all were merely blah…nothing truly special in any of those projects. In my real life, my oldest son’s sixth grade experience was marred by bullying. Denise, I nearly lost him and never knew… I just attributed his weird behavior to puberty. Luckily, he told me what was going on before he was pushed to the brink of suicide and I was able to get him the help he needed. You can probably imagine my total shock to learn a classmate in his seventh grade class accused him of being the bully. I still can’t believe it and he’s in college now. But I listened to this boy’s complaints and then I got my son’s side of the story. That was when the first story seed was planted – that sometimes, bullies aren’t just inherently mean. The next story seed came from my day job. I work as a software technical writer. Yep, I’m the one responsible for those boring user guides that ship with your computer programs. *laughs* My team got a new boss who wanted us to incorporate Twitter and YouTube and other networks into our work. I didn’t even know what Twitter was back then, so I did some research. Every time I learned how people use these networks, I also found headlines on how they abuse them. And there was this sad little voice in the back of my head telling me, “I did that.”
And then, he’d cry.
I became obsessed with this boy’s guilt, so like my son’s. And that’s when SEND was truly born.

I know you have teenage boys. How do they feel about you writing SEND? 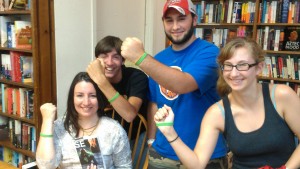 Here’s me on the left with my sons Chris (beside me) and Rob (beside Chris) and an unidentified guest at the book launch. We’re all rocking our SEND wrist bands!

My guys (all of them, including my husband, who’s not pictured here) are my biggest fans. They loved the idea of SEND and were instrumental in helping me nail the teen male voice, as well as introducing me to the heavy metal rock that Dan listens to while he jogs. I got Rob’s permission to share his bullying ordeal, too. It was my sons’ idea to use the profanity you see in SEND. *laughs* In earlier drafts, the language was very clean and “totally unrealistic” according to my boys. “No guy talks like this!”
I love your book trailer made by the talented Jeffrey Somers. In fact, I loved it so much that I hired Jeff to make a trailer for Twenty-Nine and a Half Reasons and also the Chosen series. Do you think that your book trailer is effective reaching teens?
*squeals* I LOVE my Jeff Somers book trailer! I love it for two reasons. First, I adore Jeff’s own books and am beyond honored to have such a brilliant author share his talents to help me. Second, I love how it so perfectly captures the essence of my story. I love it so much I’ve been thinking about getting bookmarks printed with QR codes that direct readers straight to it. I’ve gotten GREAT feedback on the trailer especially on Facebook. It’s especially helpful for enticing reluctant readers to take a look at the book. I definitely recommend book trailers but only if Jeff does them J Here’s the link!
Send Trailer
While your book has a romance, it’s more contemporary in tone because of the bullying issue. Do you find it more of a challenge to market to teens? Have they been receptive?
So far, reviews from teen readers have been positive so they’ve definitely been receptive. My editor and publicist at Sourcebooks Fire know TONS more than I do about marketing to this audience. I’ve connected with lots of teens on Facebook but very few on Twitter, so I guess we know which social network this audience prefers. Plus, my sons do a great job of pimping my book to their friends. *grins* Chris passed out a stack of bookmarks to his fellow band-mates and a few bought SEND that very same day. In fact, many of his classmates turned out for my reading at our local library’s Teen Author event. It was really amazing!
Rumor has it that your favorite celebrity crush is Gilles Marini. Care to tell us why?
My response: *blush* My very first celebrity crush was Shaun Cassidy when I was about 12. You’d think I’d have outgrown these things by now but no…. I still go all fan girl for certain people and these days, it’s the outrageously wonderful Gilles Marini. If you don’t know who he is, you’re not alone. I didn’t know who he was until a few years ago. I’d just finished “Border Lines” – book 1 in what was supposed to be a romance trilogy. My main character was a hot British journalist named Thomas. I had this crystal clear image of Thomas in my head for months while I wrote this book. And then one night, I was channel surfing and BAM! There was my Thomas waltzing on Dancing With The Stars. I was so excited, I looked him up on IMDB and then I called my mom. We both squealed at how close this actor was to my character – with just a few little distinctions. Gilles is French, not British, but with longer hair and lighter eyes, is my Thomas – living, breathing and *coughs* anatomically correct *blush*
I followed Gilles (pronounced JEEL) to Brothers & Sisters and then to Switched At Birth and even on Facebook, where I shared this exact story. He wrote back: “Border Lines sounds like a great project. Good luck and much love. ~G”
*swoons, faints, dies*

Before you go, Patty, I have to have you play This or That. I confess. I love this game.
Summer or Winter – Summer! I hate snow shoveling.
Breakfast or Dinner – Breakfast. Everything’s so fast and easy to cook.
Print book or eBook – OOOO, this is tough! It’s like asking who is my favorite kid! I love them both.
Online shopping or Mall – Okay, promise not to kick me out of the sisterhood for admitting this but I hate the mall. Would rather have root canal than go to a mall. I like Online Shopping but really love visiting small boutique stores in a quaint village. Long Island has lots of thoseJ
Ice Cream or Cake – Ice cream! Wait… is the cake chocolate with chocolate filling and chocolate frosting? Then cake, definitely. Unless the ice cream is also chocolate. GAH!
Plane or Road Trip – Plane! My husband is an airplane mechanic and would hate if I chose a car over a plane. *grins*

Thank you so much for dropping by today, Patty! 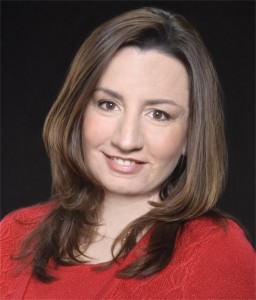 Bio: (long version)
Native New Yorker Patty Blount is a technical writer by day and YA author by night. When her oldest son dared her to write a book he could actually read, she wrote Penalty Killer in an ice rink during his hockey practices. It was never published, but so many seventh-graders used it for their book reports, the teacher eventually requested a copy. It was later returned, covered in red correction marks.
Powered by a serious chocolate obsession, Patty’s family and coworkers now bribe her with treats when they need favors. (Tip: Hershey’s Kisses usually get a ‘yes’.) Patty is always looking for her next Great Idea. Her debut novel, Send (August, 2012 Sourcebooks, Inc.) was born after two key incidents in her life. The first was when she learned her son, once the victim of sixth grade bullies, had apparently become a bully in seventh grade. The second was when her boss asked, “How can we use social networking?” The result was Send, a story about a former bully learning to cope with the guilt caused by his thoughtless click of the send key. In 2011, a short version of Send finished in the top ten of the 79th Annual Writers’ Digest Writing Competition.
A huge fan of The X-Files and Supernatural, Patty used actor Jared Padelicki as her model for main character Daniel Ellison, and turns to a puddle of chocolate goo over pictures of actor Gilles Marini.


Bio (short version)
Patty Blount writes instruction guides by day and novels by night. On a dare by her oldest son, she wrote her first novel in an ice rink. Though never published, Penalty Killer was the subject of so many seventh grade book reports, the English teacher requested a copy and later returned it, covered in red ink. Patty is always looking for great story ideas. Her debut novel, Send, was conceived after her boss suggested she learn about social networks. Patty lives on Long Island with her family, a fish, and lots of books.
Stalk Patty:
www.pattyblount.com
twitter: @pattyblount
facebook: Patty Moreno Blount
Send facebook page: https://www.facebook.com/Sendthenovel

Great interview! And, wow, that teacher had some nerve. 😉