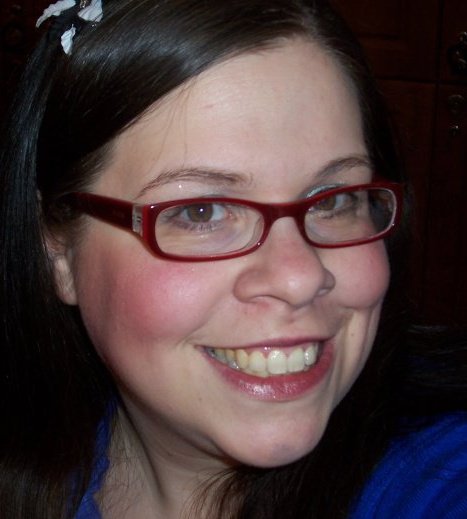 Jill started writing when she was in elementary school and given a creative writing assignment. Once that started there was no looking back. When other kids were out buying makeup and dresses, Jill was saving up for her first word processor WITH a hard drive.
She lives in Massachusetts with one dramatic toddler, a wood working husband, and 2 fluffy white cats. She is the author of the YA Series The Dream Slayer. The second in the series is out on October 12th.

What was the inspiration for the Dream Slayer series:
I really wanted to write a paranormal novel with a teen girl at the heart that wasn’t pretty, popular, or self-confident, no super flowing beautiful hair moments! I drew from my own personal experiences of being bullied or teased for my weight and glasses in school and built the story from there.
I wanted to show strength in a normal, almost mundane girl. I want Natalie to be an inspiration to girls that isn’t A Kardashian or Britney Spears, or  (wait for it) Bella. That even a normal girl who isn’t perfectly skinny, or have the best home life can be a hero. Real heroes are born every day and exist all around us and that is what The Dream Slayer books are about if you strip away the vampires and demons.

Tell us more about that and the plot of Demon Royale:
Natalie must stop a Demon Goddess from harvesting people’s souls all the while trying to appear like she’s handling the stress of her new life well. Guess what, she’s not. I wanted her to really struggle with the question of;  Do I really want to do this? She’s a strong person, but I also wanted her to struggle with weakness. It was important to me to slow the series with down and to have her experience remorse for those that had died, turned into vampires and tried to eat her.
That’s a funny way to put it!
Well, they are vampires. I don’t think vampires have gone vegan yet, but that sounds like a great subplot!
The Demon Royale plot can get heavy at times so I use humor to lighten it up and keep the audience laughing. You want to catch them off guard when it comes to drama and comedy. If you can have them laughing and in the next  sentence kill someone, well then you’ve done your job?
Do you have any other books coming out soon?
I have a dystopian thriller, Glistening Haven, coming out in January. I’m pretty excited about it. It takes my love of Happy Days, spins it on its head, and it gets mixed up in the blender with The A-team.
In 2013 Dream Slayer 3 will be released and a YA Time Travel Adventure, 15 Minutes will both be coming. Hopefully in the middle of all that some short stories about talking condiments and some of the Dream Slayer side characters.
Let’s talking writing. Who has influenced you the most?
Stephen King has influenced me the most and generally I do have a dark theme, or a little bit of horror in all my books. Probably why I haven’t written a straight romance yet. King’s writing is like a love letter. These days everyone says start at the conflict, trim the fat, but I can pick up a 1,000 page King book and love every minute of it. Could he have trimmed it and had a good novel? Sure. But do I want him to? No.
Other than that my first writer obsessions were Anne Rice, Joyce Carol Oates, and Dean Koontz.
Oh and Danielle Steele. I was twelve, okay? Let’s not tell anyone.
How do you get the task done?
To be honest it changes every day. Some days I need atmospheric music. Others I need complete silence. Some days I can write with a toddler bouncing around my neck and others I need to be 100%  alone or inside a coffee shop.
Usually I need a glass of water, or soda. And sometimes snacks. Hmm…snacks.
Snacks! What’s your favorite writing snack?
Anything I can just rip open a bag and consume. Serial, crackers, nuts, that sort of thing. I I do try to stay away from sweets because then I’ll just need to take a nap.
What’s a nap?
I am not a night owl like *some* people I know. I write in the afternoon and then until no later than 10 PM at night. I fall asleep at 10:30 whether I’m in bed or not. Total Garfield nap attack.
This or That:
Hat or Ear Muffs: Hat
Pumpkin or Banana: Pumpkin
Tea or Coffee: Latte. Oh, that wasn’t an option?
Chick Flick or Action: Action, ka-pow! If a house blows up, I’ll be happy.
Puppy or Kitten: Kittens rule!
To watch a trailer for Demon Royale, click the link below:
Demon Royale
To follow the current happenings of Jill or to buy her books, go here:
Amazon
Facebook
Twitter
Goodreads
Jill Cooper website

Thanks for interviewing me and allowing me to stop by your blog today. I had a good time 🙂