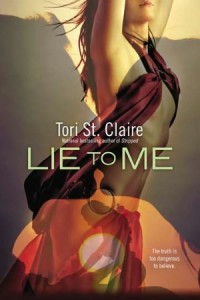 This week I have the honor and the privalege to introduce you to someone I’ve known for several years, Tori St.Claire. She’s a member of my local RWA chapter and I know her as Claire Ashgrove. Tori is her pen name for her hotter romances. (Now I want  a pen name.) Tori has a hot new release that came out last week. For those of you who like a lot more spice in your romance, this will be right up your alley!

A man of action…
After helping to break up a Russian human trafficking ring as part of the CIA’s elite Black Opal team, Alexei Nikanova’s newest assignment is to rescue one of the stolen women and return her to her father. When he arrives in Dubai, he discovers his target is Sasha Zablosky—a woman he knows all too well, and who has haunted him ever since their unforgettable time together in Moscow, two and a half years earlier. But he finds Sasha reluctant to leave her sheikh, the only true friend she’s ever known. Only Alexei can’t give her a choice.
A woman of deception…
With their yearning roused by intrigue, Alexei and Sasha can no longer resist temptation, and spend night after night in forbidden pleasure. Soon Alexei finds himself falling for her, even as he battles a shadowy menace to protect her. But Sasha is no innocent. She has a past darker than she could ever admit, one that Alexei could never forgive. And it is about to explode into her life once more. As the lies they tell themselves—and each other—pull them deeper into a perilous desire, what began as simple passion becomes a love certain to destroy them and end the lives of countless innocents. 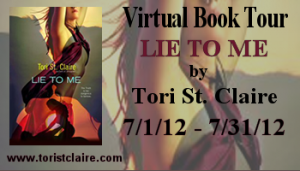 Tori will be giving away a $25.00 Amazon Gift Card to one random commenter during the month of July. Two additional commenters will receive a basket of swag. Follow the tour – the more times you comment the better your chances of winning! Complete tour dates can be found here.

Your Comments
Great interview with my friend Claire. Both of you have been an inspiration to me and I’m learning the value of wine and hard work. I don’t write as fast as either of you, but watching both of you blossom has been a blessing. Keep up the good work.

Your Comments
I’ve known Tori for several years, and consider her a good friend. When we’re hanging out, there’s no shortage of very good and relaxed conversation. When she’s writing, on the other hand, it’s all business. She writes great, solid books, and the hotter scenes are smokin’ hot. Going from a blush at “nipple” to where she is now is a progression all writers have to make if they want to add heat to their writing. She’s done it. You go, girl!