(My apologies for the formatting issues. The blog template has a bug that effects photo placement. My website will be getting an “update” within the next day or two.) 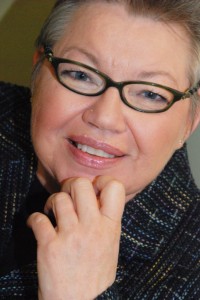 This week’s Writer Wednesday features Dyann Love Barr, a member of my writer’s group– Heartland Romance Authors.
Dyann, I’ve known you for almost three years, but why don’t you tell us a little bit about yourself.
How could I not be a romance writer with a name like Dyann Love Barr? I live in Missouri with my husband, Dennis, and our cat Spook. Our master, aka Spook, allows us the privilege of paying the mortgage and attending to his every need. Good help is hard to find
I always thought my life was a bit mundane until I started thinking back on all the little things that have happened to me, like having an M-16 rifle pointed at my head by the Mexican police. How was I to know they thought me, my husband, and friends were gunrunners? Being stranded in the mountains of Mexico, in a broken down car, is a once in a lifetime experience that I want to keep that way. There’s nothing like taking a pit stop alongside the road and feeling hot moist breath blowing down my back. Did you know that Longhorn cows have really long horns and equally long tongues? I managed to get away, scrambling down the hill with my pants around my ankles, before Bossie got a good taste of me. Fun times
Twisters. Missouri has a lot of tornadoes and seeing one up close and personal is enough for me. I love my basement and weather radio. I’m thinking about getting in supplies for the next big one, or a zombie apocalypse, whichever comes first. I’d prefer zombies. My husband will tell you that I’m a good shot. You can’t stop a tornado with a bullet.
Eating strange, unrecognizable food has become old hat. It’s not because I’m a retired personal chef. No, I’m talking sitting in the middle of the African Bush strange. You smile, take what is given to you, and hope to God it’s been washed. As a chef, I worry about the little things concerning food safety. It’s drilled into us from day one. So I sit there, with the smile stuck on my face, wondering if the food has been washed. Did the person who prepared it know about basic bathroom hygiene? How long has it been out in the hot African sun? Still, you cowgirl up and take a bite. I survived. My most interesting African souvenir was a spider bite on my backside. ‘Nuff’ said about that one.
I won’t go too much into my brief stay in Los Angeles and working in Hollywood during the seventies. An eye-opener if there ever was one. A janitor with the shoulders the size of a house trailer who favored poodle skirts, a short, topaz-eyed man who told me killed people in Albania, and movie stars galore. It was like being in the Beverly Hillbillies without the Black Gold, Texas Tea.
Okay, I just learned some things about you I never knew!  No wonder you became a writer after experiences like that! But what inspires you to write now?
Some days are better than others. It depends on where I’m at in the writing process. I love it when a new idea pops into my head. Reading or watching the news is a great way to get the juices flowing. Just when you think people can’t get any crazier, you’re proved wrong. The thing is to extrapolate the weirdness and make it even stranger by putting normal people in bizarre situations, feed them to the wolves or werewolves and see what happens. Take an old joke and add a twist. A werewolf, a vampire, and a truck driver walk into a bar…So, what happens? It’s up to the writer to figure that out and bring it to life. That’s the fun part. There’s a lot a slogging when you have to do the outline, rewrites, the business end of it, but it’s that first spark of a story that keeps me heading back to the computer. 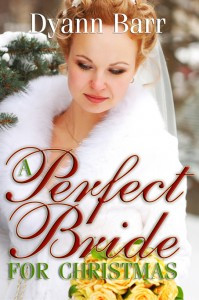 What are you currently working on?
My agent is currently shopping a couple of urban fantasies. I’m trying my hand at a humorous, romantic murder mystery. This has been a total stretch for me, but some say it’s the best thing I’ve written. My first book, A Perfect Bride for Christmas, was a contemporary. I like to add humor in all my books, even the urban fantasies, because the sprinkling of laughter makes the darkness even deadlier.
When did you first consider yourself a writer?
The first book I read that got my heart thumping was Tarzan of the Apes. My thirteen-year-old heart had no idea why the scene where Tarzan fights against the alpha gorilla for Jane had me hot and sweaty. After that it was Tom Sawyer, Huckleberry Finn, and the rest of the classics my parents had around the house. None did the same thing to the ticker like Tarzan. It wasn’t until college that a friend introduced me to Georgette Heyer. I had nothing to read and couldn’t afford to go buy anything at the bookstore, so I took the sneered upon romance novel from her. I was hooked. It was worse than crack. And then, I found out the awful truth. My mother was a closet romance reader. She had Harlequins by the bag full stashed in her bedroom closet. She also had Rosemary Rodgers and some of the hotter books at the bottom of the bag. Busted. Still, I couldn’t find the kind of book I liked – books with humor, sex, a plot that didn’t involve gross misunderstanding, and most of all something that didn’t insult my intelligence. I thought that maybe I should write what I want to read. How hard could it be?
My first foray was execrable. I started out longhand, worked my way up to a typewriter, and then onto a computer with WordPerfect 3.0. That was in the nineties. My husband found an article in our local newspaper about a group of writers forming a new chapter of Romance Writers of America. He called my bluff. “You say you want to be a writer. Check this out if you’re really serious.” So I went and helped to bring Heartland Romance Authors into existence. It wasn’t until around 2005 that I joined a good critique group, and really got serious about the craft of writing. My first book was published in 2010 and I got my agent the same year. Now it’s still a thrill to say that I’m a published author.
What are you reading right now?
I just finished the Mercy Thompson books by Patricia Briggs. Normally I’m not a fan of first person, but Briggs has a way of drawing me into the main character in a way that makes me forget my dislike. First person is a real challenge. She meets it head one and takes no prisoners. I’m not a fan of vampires and werewolves, however, Briggs brings them to life and makes me care about every species of supernatural characters in her books. Now that’s a job done right.
I’m trying something new this week and you’re my guinea pig. THIS OR THAT?
Dog or Cat: Cats, of course. It’s like the old joke: The dog thinks ‘man loves me, feeds me, plays with me, therefore man is god. The cat thinks ‘man loves me, feeds me, plays with me, therefore I must be god’.
What more can I say, except it’s time to feed the cat.
Thanks for stopping by this week, Dyann!
If you want to find out more about Dyann checkout her website– http://dyannbarr.com/

Fun interview, ladies. Love the Mercy Thompson series, too. I also dig her related series.
I knew about some of those experiences, Dyann, but not all. A few questions rose when I read some of that. Perhaps I’ll be brave enough to ask later. 🙂
I wish you luck with the books your agent is shopping and with your current work.

Your Comments
Thanks Denise and Dyann for posting such a great interview. I learned some things about Dyann I didn’t know either. Humorous stories about unique experiences most definitely make for good writing. Looking forward to reading more!

Wow, Dyann. You’ve lived quite an adventurous, fasicinating life. As you said, what else could you be but a writer? Thanks for sharing with us. I need to check out the Patricia Briggs books since they come with yours and Dennis’s stamp of approval. 🙂
Best of luck with the agent sales…keeping my fingers crossed!

Your Comments
I’m glad you enjoyed the interview. My life did seem tame until I thought back over the many, yes many, years of my life. Then I went, wow, I’m not so boring after all. I plan to salt some of my experiences, as well as those of my family, in my future books. It will be a challenge to figure out which ones are mine. 🙂

In everything you do, you manage to weave in that humor I’m so jealous of. I love the story about the cow. I’ve heard it many times, but every time it makes me snicker. No, you’re absolutely not boring!
Looking forward to RomCon with ya, Dyann!

Dyann, youi are a hoot. Fun and funny. I”m one of those waiting for your mystery. It has got to be this much fun to read too
J