Today we welcome Monica Enderle Pierce! I met Monica back when I started stalking Twitter and other fledgling writers. We used to participate in #wipfire. We would show up on Twitter every night and post lines of our current WIP (work in progress) on Twitter, and then critique them. I learned a LOT from Monica back then and I was always in awe of her beautiful, literary lines. 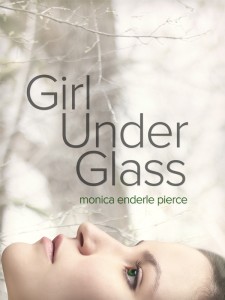 Thanks for stopping by, Monica. What is your current project?
Well, I just released my first novel, Girl Under Glass (a dystopian/sci-fi romance), so now I’m bouncing between its sequel — The Glass Asylum — and First Comes Famine, a gothic urban fantasy. (Can you tell I like to bend genres?)
Do you have a “day job” as well as writing?
I do, indeed. I work for a web development shop and my official title is Troublemaker. (I help with CMS development, as well as design tests for our code devs.)
I confess I’m a bit envious of your web development expertise. With everything going on, what are some of your hobbies?
Bwah-ha-ha-ha! Oh, that’s funny! I, uh, wait, you’re serious? Um, writing is what I do when I’m not working or taking care of my family. Unless you want to count research (for my writing) as a hobby.
Ha! Sounds like me. My bio sometimes includes my PREVIOUS hobbies so I don’t sound so much like a hermit. So, as an author who/what has influenced you most?
I always give influencer props to my mother, Judith Ross Enderle, who is a well-published children’s author and always encouraged me to follow in her footsteps. (We’re both wondering why it took so damned long.) Then I’d say a wide range of genre and classics authors — from Octavia Butler and Anne McCaffrey to Shakespeare and the Brontës — form the backbone of my style. (This is evident in Girl Under Glass which has been described as Star Trek meets The Scarlet Letter.)
Who is your favorite character that you have written?  Why?  Do any of your characters resemble people in your life or you?
You’re asking me to choose favorites? Nope, not gonna. But I will tell you which of my characters has been the most challenging to write. Ehtishem from Girl Under Glass. Because I needed him to be emotionally controlled and alien without being unlikeable or too alien to believe Rachel (my MC) would care about him. Probably my most compelling character has been Bartholomew from First Comes Famine. Of all my characters he is the most “present” in my head. His appearance, voice, and actions were crystal clear from the very moment he appeared on the page and he grows more complex and fascinating every time we work together.
Asking me to pick a favorite character from all my books is like asking which of my children are my favorite. I totally get that. (And  I’ve read your WIP with Bartholomew and LOVE him.) So these characters are nagging you. Where do you go  write? What time of day do you find that you are most creative?
I write either at my desk or in bed. (I have a Macbook, so writing is portable.) I’m most creative during the day, but rarely have the opportunity to work on my books until the evening. I think this actually makes me slower, but that’s how life is. I write when everyone else has gone to bed and my mommy/wife/employee duties are done. That being said, if there’s a quiet moment in my day, I can guarantee that a scene from one of my books will be playing in my head.
What did you want to do as a child?
I talked about being a writer, but that was because my mother was one. At one point I thought I’d be a lawyer, then realized I hated arguing. I think I was always meant to write; it just took a while to happen. (I only started writing three years ago.)
Who is your audience?
I think I write primarily for women, although I’ve had men tell me I’m wrong.
In the case of Girl Under Glass, I wanted to write a novel for women who don’t usually read science fiction. So I created a strong female MC and made her a mother who has to protect her young daughter. It’s incredibly satisfying when I hear from readers who start their reviews or comments with “I don’t usually read science fiction, but…”
In the case of First Comes Famine, motherhood, again, plays a big part in my female lead’s psyche. I think because I didn’t become a mother until my mid-thirties, it’s a dominant theme in my work and that seems to resonate with my female readers
Now a little of this/that
Chocolate or Vanilla
It used to be chocolate all the way, but lately it’s been a draw.
Play or Concert
Concert, if it’s classical. Most rock concerts aren’t worth the big bucks.
Summer or Winter
Fall. I grew up in Los Angeles where there aren’t obvious seasons. When we moved to the Pacific Northwest, I discovered the beauty of fall. This time of year just feels so full of change.
Football or Baseball
Neither. Although I am willing to watch Australian rules football or American college football. But, really, if I have spare time, I’ll spend it writing.
Glass Half Full or Glass Half Empty
I try to be a half-full kinda gal. Thoughts have wings and I’d rather mine soar to great and good things than look for bad juju.
Monica can be found lurking online in the following places:
Facebook: http://facebook.com/MonicaEnderlePierce
Twitter: http://twitter.com/MonicaEPierce
Blog: http://stalkingfiction.com
Goodreads: http://goodreads.com/author/show/6452951.Monica_Enderle_Pierce
Girl Under Glass is available as an ebook from Amazon: http://amzn.to/PUXFlH 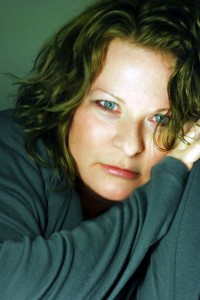 Blurb:
Girl Under Glass is adult dystopian/science fiction with strong romantic elements and was a 2012 Amazon Breakthrough Novel Award Semi-finalist.
What do you do when you’re trapped between death and the devil? To protect her young daughter from a madman and a tyrant, Rachel Pryne must trust an enemy—one of the alien warriors who conquered Earth.
Bio:
Monica Enderle Pierce holds an English literature degree from UCLA, which was gathering dust until 2009 when she began work on her first historical fantasy. She lives in Seattle with her husband and daughter and their two rock ‘em sock ‘em catbots. She knows how to juggle
Share
Categories: General

Thank you for being the hostess with the mostest, Denise!

What a great interview both in the asking and the answering. Write on, both of you.

Thanks, Mom! (I can always count on you to cheer me on.)

I wandered over here to find a post on B&N Denise spoke of doing on the IRI loop, and found you here.
Great interview! I’m at ch. 20 of the book now. Very good read. In fact, I’m about to read some more now. (The upside to insomnia.)

Ha! We all run in such tight circles, K. So glad you’re enjoying GUG. 😀 Thanks for letting me know!

I know I’m coming to this party two years late, but I just found this post today. I’ve read Monica’s book Famine (interesting how the title was First Comes Famine two years ago) and absolutely loved it. I always enjoy reading interviews with authors whose books I’ve read, so this was a treat for me. Thanks for posting it.
Oh, Denise, about a month ago I read your posts about your business plan. Thank you so much for sharing all that info. As a newly self-published author, I never would have thought of forming my own business the way you did. Well, I’m doing that now as I work on my second novel, and I dare say the entire process has inspired and empowered me in many ways, so thank you for that. I’ll continue to follow your blog posts, and when I get caught up on my reading I’ll check out your other writings as well. Keep up the great work!