Thirty-Three and a Half Shenanigans is LIVE!

It’s finally here! Book Six in the USA Today Bestselling Series, THIRTY-THREE AND A HALF SHENANIGANS is now LIVE! If you haven’t grabbed your copy yet, follow the links below. 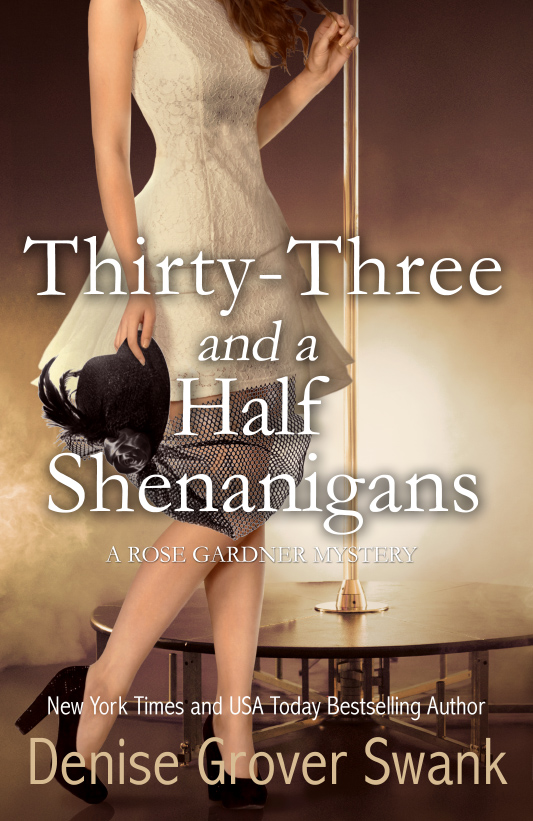 Rose is called into action when Neely Kate’s cousin goes missing and the police refuse to take it seriously. But while the authorities—Rose’s ex-boyfriend, included—are certain the missing woman has run away, mounting evidence points to foul play. Rose agrees to help her friend, even if it means partaking in Neely Kate’s shenanigans, including an impromptu trip to a strip club. And because trouble never comes without a guest, Skeeter Malcolm, Fenton County’s newly crowned underground king, resurfaces, saying he needs Rose’s visionary gift to track down his enemies. He makes her the only offer she can’t refuse: The guaranteed safety of her assistant DA boyfriend, Mason Deveraux, who is being threatened by forces unknown. The Fenton County law enforcement is still abuzz about the infamous Lady in Black, who took part in the underground auction that earned Skeeter his crown. Can Rose risk a reprisal of her role? As the stakes continue to rise and the search for Neely Kate’s cousin becomes increasingly complicated, Rose must struggle to keep both her secret identity and her sanity.

WHERE CAN I GET IT:

Previous
Read the First Three Chapters of THIRTY-THREE AND A HALF SHENANIGANS!
Read More
Next
Not to worry! There’s more Rose to come!
Read More
Subscribe
6 Comments
Oldest
Newest Most Voted
Inline Feedbacks
View all comments

Already looking forward to the next book, but ready for this Mason thing to end. Have not liked him from the start!!

just finished reading 33 1/2 shenanigans, excellent book. Read it in 2 days. When is book 7 coming out.

I just finished reading 33 1/2 shenanigans, great read, I read it in a day, I feel like it ended too soon though. I can’t wait for the next adventure for Rose. I like Mason and I like Joe too, but Joe doesn’t treat Rose as well as Mason, plus the fact he betrayed her with Hillary, has points against him, drunk or not, no excuse. I’d like to see Hillary & J.R. Simmons go down, maybe she’ll touch something of his and have a helpful vision, but I figure it won’t happen in the next book, because of some of the other criminal elements. How many more books do you think you’ll write for Rose? I look forward to Rose’s next adventure.

I don’t even know how I stopped up right here,
but I assumed this submit was great. I don’t recognise who you might be but certainly
you are going to a well-known blogger when you aren’t already.

I question my sanity slightly for saying it, but I have a character crush on Skeeter! He’s a criminal, I know, but there is something about him! Lol. My husband watches some car show with Gas Monkey Garage and host Richard Rawlings. From the 1st mention of Skeeter in the series, that’s who I picture in my head. I would like to see some storyline from Skeeter’s POV. 🙂

To install attic insulation,insulation boards are placed in attic wawlls
to regulate hot air in the room. The best way to learn how to do the job yourself, is to schedjle a home inspector and accompany them to
learn from a pro. These Detroit furnace filters are magnets for dust,
dirt and hhair and the cleaner they are, the better the machine will work and the warmer
the home will be without having to turn the thermostat
up.

Home  »  Blog  »  Thirty-Three and a Half Shenanigans is LIVE!