The Power of the Written Word 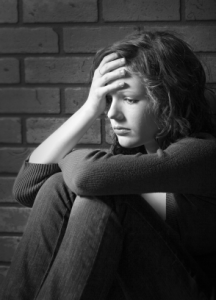 Sticks and stones may break my bones, but words can never hurt me.

But everyone knows this is a lie. Words can hurt far worse.

Or heal you even more.

Anyone who’s ever journaled knows this. To get the words out of your head and into semi-coherent thought on a page is therapy. When my husband lived in the ICU of the burn unit at Vanderbilt Hospital for five weeks, I journaled. It’s raw and it’s ugly. It was the one place I felt free to voice my fear and resentment.

When he died, I stopped. For one thing, I didn’t have the energy. And for another, it was too dark. Too ugly. I didn’t want to go there again.

When you are in the pit of hell, you see no light at the end of the tunnel. You see no way out. The mantle of grief is suffocating. My goal became to wake up just one more day. Take one more breath.

And sometimes that wasn’t enough.

I was desperate to know I would survive it yet when I turned to my love, the written word, the only books on young widows either  encouraged women to do anything that made them feel better (like sleeping with married men) or were  fluffy happily-ever-after tales that told the happy ending but glossed over the ugly beginning.

And trust me, it’s ugly.

And so two years after Darrell’s death, I began my memoir. It was awful. I wasn’t skilled enough as a writer to convey the message. I was still too close, the pain still to raw. I didn’t know these things. I only knew it sucked. And I moved on.

Instead, I started a blog called Life After Death. I rarely posted on it but when I did, my posts were raw and left me exposed. But I knew there were others who needed to know they could survive this, too.

I was right. In spite of my sporadic postings, I received emails and comments. Fresh in their grief, the commenters clung to the belief they could get through this pain. Some of them had lost their spouse a year ago,others only weeks before. I would cry as I read their notes, wishing I could tell them the one truth I know.

You will survive this.

So many people call me strong. But they are wrong.  Is fighting for the will to go on strong? Isn’t it really just survival? Survival in an instinct. The will to live overshadows everything else.  I’m not strong. I did exactly what anyone in my situation would do.

I’ve known I would revisit my experience and record it in some fashion but I’d deep in my novels, with a half a dozen books plotted out  into the future. I didn’t have time to devote several months to this project. Nor did I have the strength. To relive that period of my life so deeply  that I could get it onto the page dragged me back into the murky depths.

And then last Sunday, as I got ready for church, I heard the Death Cab for Cutie song, What Sarah Said. The song is about a man who’s loved one, Sarah,  is in an ICU and he waits in the waiting room. It never fails to make me think of the countless hours I spent waiting for life. Waiting for death.

Then it hit me. A short snippet of my experience. Not the expanded, detailed scene I originally envisioned, but much shorter. Less than a page. But far more effective.

The opening scene to The Death of Me:

I part the thick plastic fabric they call curtains to view the street below. People scurry to jobs they hate, pretending that it’s just another day.

I’m not supposed to be here.

The doctor walks in with his mouth pursed into a grim smile and asks me to sit down. We sit at a table covered in coffee stains and I fold my hands to still my nervous twitch.

I expect some emotion. Anger. Despair. Mourning. Anything. Instead, I find denial. “I don’t believe that.”

His eyes soften with pity.

“No, I don’t believe he will die. He didn’t crash his plane and walk away just to die.”

His upper lip rises into an empathic smile then fades. “His burns are quite extensive, third degree covering 60% of his body. He suffered smoke inhalation and his lungs are in bad shape.”

My stubbornness kicks in. “God saved him for a reason. I believe he will live.”

He shifts in his chair and the vinyl creaks as he moves. “We can’t explain everything in medicine. We can’t deny that there might be a higher power.”

I clutch my belief like a tattered security blanket.

I thought I finished the story at 4485 words but it didnt’ feel right. The final scene, standing at Darrell’s grave felt unsettled yet I couldn’t figure out why until days later.

It wasn’t done yet.

I’ve spent the last two days adding snippets of my life after he died, those first few months of my living hell. The irony is most people who knew me then, who saw me day to day would be shocked to see this. I hid my pain well.

I’ve also interspersed small scenes of flashbacks to our relationship. What I have if raw and very real. Almost too real. The depth and power  I have in so few words is frightening. And revealing.  Even though I’ve tried to be as translucent as possible in my family blog, this goes beyond even those posts. (Alone  and The Garden Hose are good examples) I’ve asked myself more times than I can count WHY do I do this? Am I that narcissistic? But the answer is I know I’m not the only one. If I feel this way, others before me and even more after will feel this.

Someone needs to stand up and say: You are not alone.

My neighbors are concerned about my despondency. They have a barbeque and offer me a drink. As the alcohol seeps into my blood stream, the heavy veil is lifted and I feel, for the first time in two months. I’ve felt numb for so long I welcome the emotion, even if it’s pain.

Anything is better than living as the walking dead.

This story isn’t done and even when it is, I have no idea what to do with it. I’m scared to reveal so much of me. Maybe this is just one last purge to exorcise the demons of my past. Or maybe it’s an altruistic pay-it-forward move.

For now, it sits on my hard drive.

*hugs* This is why I totally *heart* you. You ARE strong because you did not only survive, you learned to thrive. Your life is different and you are scarred from the experience but you made your way through the darkness and pulled yourself out of the pit.

But when people tell me “how strong” I am, they infer I’ve done something incredible. This is not false modesty on my part. I only did what I had to do to survive.

And if I ever release this story, the world will see that my first few months were ugly.

I think the survival instinct a form of strength. The body doesn’t understand – can’t process the mind’s and heart’s desire to stop trying.

I applaud your efforts, even if they never leave the safety of your hard drive. I know too well that words are cathartic.

{{Patty}} I am so sorry you not only had to endure the abuse but also the ignorance. I hope you got the catharsis you needed with your own words.

There will come a day when this story will have a home and that story will bring much healing to many people. Thanks for writing it and being so transparent.

You are amazing, I don’t know why you downplay yourself so much. You’re one of the greatest people I’ve ever met and I haven’t even met you in person!

Survival is strength. People give up after such events. Your story should be told and given to others as a gift.

Sometimes, it takes all the strength in the world just to get out of bed, to take another breath, when it feels it’s ripping our chest apart. So, my friend, I beg to differ, you ARE strong.

Surviving takes a lot of strength, even if it’s instinctual.

Wow. I really can’t think of anything else to say. Except that I hope you find the strength to share the rest of it someday, because it’s heartbreaking and powerful.

Thank you. Larissa. The words I have so far leave me very exposed and vulnerable. Its going to take some guts to release them.

Please let me know if you’re looking for a article writer for your weblog. You have some really great articles and I think I would be a good asset. If you ever want to take some of the load off, I’d really like to write some content for your blog in exchange for a link back to mine. Please send me an email if interested. Cheers!|

It’s not my first time to pay a visit this web page,
i am visiting this site dailly and take nice information from
here all the time.

There’s certainly a lot to know about this topic. I
love all of the points you have made.

Please let me know if you’re looking for a article writer for your
blog. You have some really good articles and I feel I would be a good asset.
If you ever want to take some of the load off, I’d love to write some material for your blog in exchange
for a link back to mine. Please blast me an email if interested.
Many thanks!