There’s LOTS of info in the post so bear with me!!!

At long last, The Curse Keepers release is here!!! The Curse Keepers is now available in eBook on Amazon and print on Amazon, B&N, and other retailers. I seriously love this book and these characters. I can’t wait for you all to get to know Ellie and Collin. If you’ve read the Chosen series and Rose Gardner, you’ll see that Ellie is a mix of the sweet, southern Rose but with the cynicism of Emma. And Collin… well he’s Collin.

The Curse Keepers is based on historical facts surrounding the disappearance of the Lost Colony of Roanoke.

I’ve referenced real historical people in the story. Manteo was the son of a Croatan werowance who met the first Englishman who landed on Roanoke Island in 1585, the returned with them to England to be presented to the court. He went to London twice, returning to America the second time with the ill-fated English colonists in 1587.  I also reference Ananias Dare, the son-in-law of the governor of Virginia, John White.  Ananias and his wife Elinor (Eleanor, Elynore, spellings alternate depending on source) traveled with John White and landed on Roanoke Island in July 1587.  Their daughter Virginia was the first English child born on American soil. White suddenly decided to return back to England “for supplies”, leaving 118 men, women and children–including two newborns–behind. Including Manteo who now lived in with the colonists. When White finally returned in 1590, (delayed due to the Anglo-Spanish war)  the entire village had disappeared. Including the buildings. There was no sign that the village existed.

Historians have their own theories as to what happened to the colony, but I put my own spin on it. In my version, the colony disappeared because of a curse.

The wall between our world and that of vengeful spirits has protected humanity for more than 400 years. It’s about to come crashing down.

Ellie Lancaster has lived her whole life by the site of the mysterious Lost Colony of Roanoke, the Virginia settlement that vanished without a trace around 1590. Only the descendants of the two men who banished the spirits of an enemy tribe from the material realm know what really happened to the colony. Ellie is one of those descendants—a Curse Keeper. Her father took pains to teach her what he knew of the curse and the responsibilities of its guardians. He taught her that if the two Curse Keepers ever meet, the curse will be lifted, the gate will open, and the raging Native American spirits will be unleashed to seek their revenge. 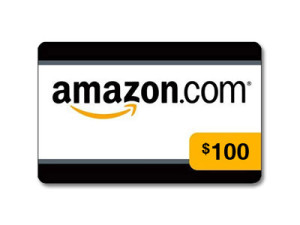 Here’s how to enter:
1) Purchase a copy of THE CURSE KEEPERS
Then
2) Email me the receipt to TeamDGSwank@gmail.com
OR
Post a photo of the book on your reading device (or the print book) on Facebook and/or Twitter and tag me so I’ll see it. (Tag either my author page  or my personal account or Twitter.)

The contest is open from now until Friday, November 22, midnight CST.Winner will be announced in the December 2 newsletter. 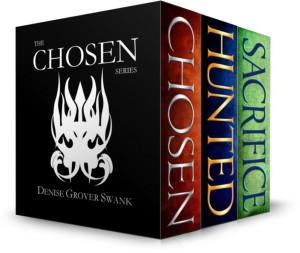 To celebrate the release of The Curse Keepers get the first three books of the CHOSEN series on sale! (Regularly $6.99)

Good way of describing, and good article to obtain facts regarding my presentation subject matter, which i am going to
deliver in school.

Ahaa, its nice discussiion on the topic of this post att this place at this
web site, I have read all that, so now me alsso commenting here.