The Curse Keepers Has a Cover!

It’s no secret that I’m a cover addict. Sometimes I think I write books just so I can get new covers. When I signed The Curse Keepers with 47North, I worried about my covers. Since I’m a self-published author, I’ve had total control over my covers. But my editor, David Pomerico, assured me I’d have plenty of control.

He sent me photos of models and asked if they fit what I had in mind.  When I told him the guy was off, he sent another that was perfect. They scheduled a photo shoot and gave me approval over poses and then over font.

My cover experience with 47North has been AMAZING.

It was important to me that my urban fantasy cover not have Collin with a naked chest and a Ellie with leather pants and a halter top. That just isn’t Collin and Ellie. Ellie is a waitress and before Collin walks into her restaurant, the most exciting thing she’s  ever done was sneaking into the sand dunes at Jockey Ridge State Park. In The Curse Keepers, there’s no way on God’s green earth she’d be caught dead in leather pants–although maybe a halter top. It was really important to me that the cover accurately depict my characters.

I’ve written eleven books, currently writing the twelfth,  and The Curse Keepers is my favorite book.

Those of you who know me, know until this book, I have never claimed a favorite. Naming a book my favorite was like picking a favorite child. But I wrote the book in January, edited it in February, read it again with copy edits in March and went through proofread notes yesterday. I can still say that The Curse Keepers is still my favorite.

It has the urban fantasy of the Chosen series, the heart of the Rose Gardner Mysteries, and the sexiness of Off the Subject. Hopefully, that’s a win.

So I’ve made you wait long enough. Want to see my amazing cover???? 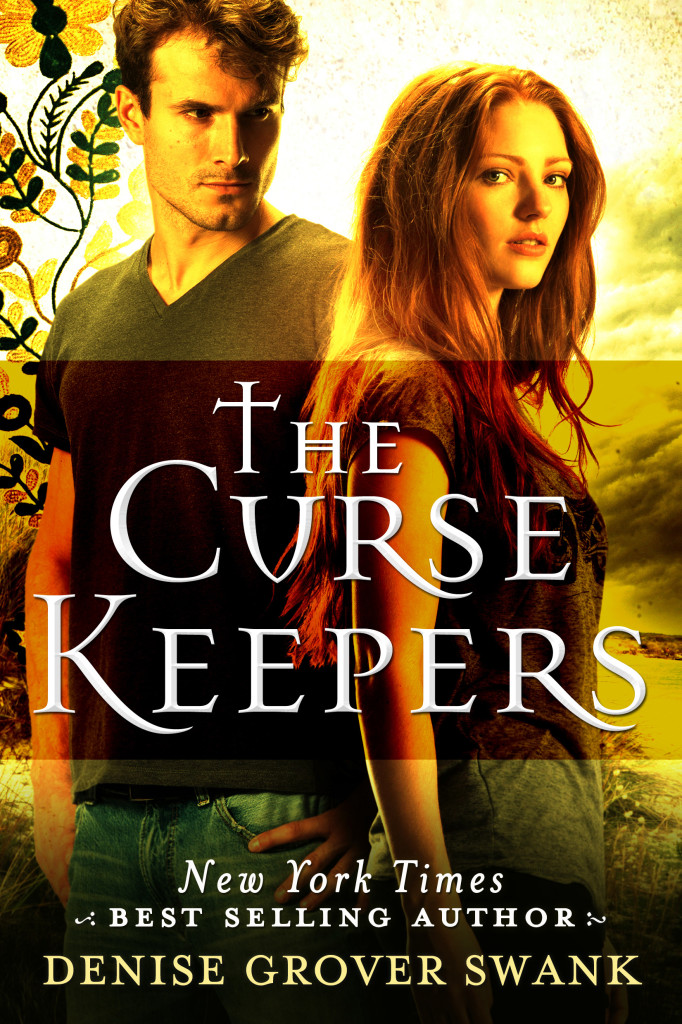 The wall between our world and that of vengeful spirits has protected humanity for more than 400 years. It’s about to come crashing down.
Ellie Lancaster has lived her whole life by the site of the mysterious Lost Colony of Roanoke, the Virginia settlement that vanished without a trace around 1590. Only the descendants of the two men who banished the spirits of an enemy tribe from the material realm know what really happened to the colony. Ellie is one of those descendants—a Curse Keeper. Her father took pains to teach her what he knew of the curse and the responsibilities of its guardians. He taught her that if the two Curse Keepers ever meet, the curse will be lifted, the gate will open, and the raging Native American spirits will be unleashed to seek their revenge.

You can preorder your copy on Amazon!

omg – this is going to be exciting. youre like the female equivalent to stephen king. 😉

Cover Reveal – The Curse Keepers by Denise Grover Swank | I Feel the Need, the Need to Read

LOVE, LOVE, LOVE. Adding this to my “must buy as soon as it’s released” list!