Picturing Characters in my Head

When I write characters I usually have clear pictures of them in my head. In The Chosen series, I can see Will, Emma and Jake perfectly.  The problem comes when I try to find pictures of models who come close enough to what I see in my head.  Sometimes I hit it exactly. 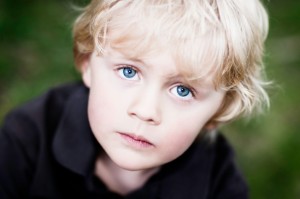 I found this picture of Jake two years ago while I was writing Chosen and nothing else has ever come close.
But Will and Emma are harder. Recently I found the PERFECT picture of Emma. 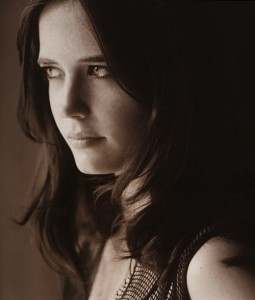 You have no idea how close this comes to how I see Emma in my head. I mean, it’s like I saw this picture before I wrote her. At the moment, I’m looking for photos to use for romance trading cards to take to RT Booklovers Convention. No, problem. I have the perfect picture! Awesome, right? Wrong. I found this photo on Tumblr and while I’ve contacted the photographer to see about purchasing rights to use it, I have yet to hear from him. So my search continues.
Will is also hard. The closest I’ve come is the picture I found when I made the book trailer two years ago– my reward for finishing my first draft. 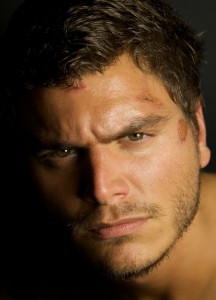 Still, it’s not quite right. His face is a bit too round, his hair not long enough. I wish he didn’t have that giant boo-boo on his head. (There are other photos available of this model but let’s just say this is one of his most flattering pictures for the my purpose.) But after spending hours– yes HOURS–over the course of two years, sometimes you just have to cut your losses and move on.
Raphael and Alex were ridiculously easy. 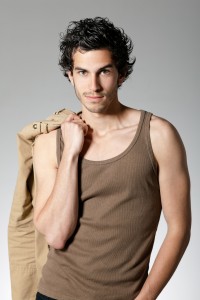 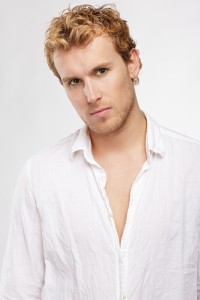 
Wait, are they supposed to be hotter than Will? See my problems, people???


But I’m also making romance trading cards for HERE. And while Evan and Reece are clearly pictured in my head, Julia is fuzzy. (As was Rose in Twenty-Eight and a Half Wishes.) The problem is that both HERE and Twenty-Eight and a Half Wishes were written in first person. I saw Julia and Rose’s world(s) through their eyes. If you’ve read the books, you know that Julia and Rose are girls who don’t spend a lot of time in front of the mirror. Also, both are going through an identity crisis of sorts. Rose starts the book dowdy and frumpy and transforms into a beautiful woman. Julia begins HERE in a deep depression. Her appearance is the last thing on her mind.  So while looking for pictures for both girls, it’s even more difficult that I don’t have a clear image of them.
The photo I decided to use for Julia. 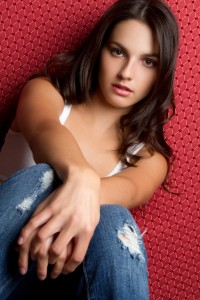 She’s not quite right in my mind, she’s a little too “pretty.” But since I don’t have a clearer mental image, this one will work.
Evan and Reece were much harder. 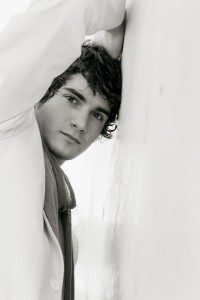 Evan’s face in this picture is too round and Reece… sigh. 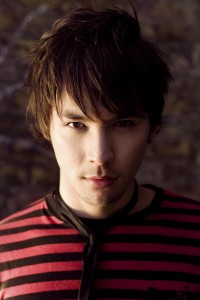 I’ve searched so many photos of teenage boys on multiple stock photo sites that I’m positive I’ve been flagged on the internet as a cougar. The picture I have of Reece isn’t right . In fact, this photo is the farthest from what I see in my head of all the other pictures, but I just can’t find a ROYALTY FREE photo that works. If anyone has any suggestions, I’m all ears, er I guess eyes.
And the last photo I’ll leave you with: 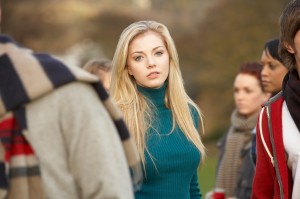 While she’s really not in the book much, without her there wouldn’t be a HERE. She’s the catalysis that changes Julia’s entire world– in more ways than Julia anticipates.
So are these close to what you pictured when you read the books? Do you have suggestions of your own? Have you heard of romance trading cards? Would you be interested in getting some?
Share
Categories: Writing
Tags: AlexCHOSENEmmaEvanHEREHUNTEDJakeJuliaRaphaelReeceRoseTWENTY-EIGHT AND A HALF WISHESWill

I do this, too… I find it helps me prevent continuity errors later. I used to print everything and paste them on the wall, but maybe this Pinterest site can replace that old system 🙂

I really dislike that photo for Will. It’s not how I pictured him at all, but at the same time I can’t really think of anyone and if you’ve looked for two years…I love that girl for Emma though! She’s perfect and so is Jake.
I can see what you mean with Julia being too “pretty” but she’s really close to what I had in my mind for her.
I totally thought the guy you picked for Evan was going to turn out to be Reese. It’s closer to how I pictured Reese in my head, at least. Though perhaps with shaggier hair. But neither of them look broody enough..
I pictured Evan taller and broader and with blonde hair..(I’m not sure if you mention his hair colour in the book but I pictured him blonde regardless of if you said he had brown hair oop!)
Monica is perfect too.
I’ve no suggestions to offer though sorry :[
It’s really cool though and I’d definitely be interested in some. I can’t wait for the third book of Chosen. I found Chosen and Hunted sometime after they both were released and after I flew through them I couldn’t wait to buy the third, so I’ve been waiting (less than others probably!) but I always seem to wait til the series is complete to read it…I am too impatient!

Kali, I’ve found another picture for Will. Honestly, I couldn’t have Alex and Raph out shining him. He’s still not how I picture him but at least he’s hotter. 😉
And teen boys… they’re HARD. Yes, I see Reece with shaggier hair like the Evan pic and Evan with shorter hair.
When I have some available, I’ll figure out a way to send them out to people who want some!

Not being an author I am not sure if it bugs authors when this happens… The picture that you have chosen for Julia is already used by Jennifer L. Armentrout in her Coven series for her character Alex (http://jenniferarmentrout.blogspot.com/ see the button on the right side of the page, about a third of the way down). With her series growing more and more popular I am constantly seeing more buttons pop-up on blogs with that picture so yeah. Though, if it were altered a bit (ie. you keep the pink background, since she has the black background) I suppose that would work, right?

Megan, thank you so much for the head’s up on the Julia pic!!! My wonderful designer Eisley Jacobs has now altered the pic and hopefully the similarity isn’t so noticeable.