Never Underestimate the Power of Twitter and Text Messaging

aka how I found out an agent offered me representation.

I am THRILLED to announce that I am now represented by 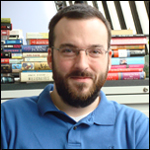 I met Jim when I attended the NINC conference in White Plains, New York a week and a half ago.  He was on the infamous agent roundtable discussion. (You can read Jim’s take on it here.)  The panel got quite heated, but Jim was the voice of reason through it all. I liked that he was EXCITED about the future of publishing and I could tell it wasn’t lip service to a room full of multi-published authors. He MEANT it.  He kept his head and his temper and he made ME excited that I could find an agent who would get excited about who I am, what I’ve done, and wants to partner with me to build my career.

After the panel, I approached him and told him how impressed I was with how he handled himself. I asked him when he thought I would be attractive to an agent. (Some of the agents on the panel made it clear that my sales figures didn’t qualify me for their league.) He told me I was attractive now and invited me to email him after the conference.

Honestly, I thought he was being polite. I told my crit partner Trisha Leigh and she encouraged me to email him anyway.

And I almost didn’t.

I worried he would see my approach at the conference as manipulative, and it wasn’t.  I had no expectation of him asking me to email him. And I also have to admit that I didn’t want to get rejected. I was over sending queries and getting rejections. Bad reviews are enough negativity these days. But Trisha encouraged me to do it anyway.

So I did. Late Sunday night, after I got back home (getting out right before Hurricane Sandy hit) and after I put my kids went to bed, I sent Jim an lengthy email telling him about my books, my sales, and what I have going on in the background.  I wanted to send it before I dove back into writing THERE the next morning, which  was due in seven days.  But after I hit “send” I noticed the time stamp and groaned. It was something like 12:30 am, which reeks of desperation.

Two strikes against me: Apparent manipulator who is desperate.

But to my surprise, he emailed me the next day and said he wanted to read CHOSEN and TWENTY-EIGHT AND A HALF WISHES.  I sent him the files, and then I forgot about it. I was in the middle of writing 40,000 words in nine days. I was busy. And I was expecting a rejection.

Last Thursday, I got a text from Trisha:

Did Jim McCarthy just call and offer you representation?

He had tweeted that he  had just offered an author representation. I hadn’t gotten a phone call, but I realized I hadn’t sent him my phone number either. (It had been awhile since I queried.)  I checked my email and there was a message from him.

Sending Trisha a text back was difficult. I had a really hard time getting my fingers to cooperate, and what I did text was full of few excited expletives and exclamation points. Trisha got away from her desk at work to call me and we literally read the email together.

Jim liked what he read and wanted to represent me.

Jim and I tried calling each other multiple times over the next few days, but the circuits were still down in New York so we  conversed through emails until we could finally talk on the phone this week.  He’s excited about my writing and wants to be part of my next project. I think he’s forward thinking and can help me build my career.
I’ve had some very exciting things going on the last month (which I can’t announce yet) and signing with Jim just made it even more fantastic.  My career has done better than I ever anticipated when I published my first book sixteen months ago, but I think things just got brighter.

So thrilled for you! It is apparent how hard you work crafting your books. The characters and stories and the writing are all amazing. It’s about time an agent realized it!

I’m so happy for you. Congraz!

I am not surprised. I knew you were a superstar even before you did. Jim saw it, too. Way to go!

Congrats Denise! Exciting news and I loved this story. So happy for you!

HOLY CRAP!!!!! AWESOME!!! Totally excited for you, Denise. And totally jealous at how fast you’ve been writing. I”m trying something new and writing faster is absolutely imperative. I may need some lessons from you. Happy Dancing for you.

Whoohoo! Congratulations! There’s a lot of serendipity here, and I love it! Funny how having one awesome crit partner/friend can get you to take chances you never would alone. The world is such a better place for the voice of “Just try it and see.”

Congrats Denise!!!! I love the chosen series I’m glad that holly and dainel told me to read them. I can’t wait to read your next books!

That’s awesome Denise!!! Please continue to keep us posted! You well deserve this break!! I’m not just a fan of your books, but also of the person you are! Through glimpsing small aspects of your life that you have shared via Facebook, your blog, etc.., I feel a connection on a more personal level. It makes reading your books even more exciting! Thank you for allowing me to be part of your journey!
Take care and God bless!

So happy for you ! I hope this is a long and prosperous relationship for you ! love your books and you deserve it !
Pam

Congratulations! All your hard work, determination and inspiration are paying off. You are amazing… Keep going…. you can do it!

What wonderful news! You definitely deserve this!

So proud of you Denise! You’re a wonderful writer/Author, you deserve so much good representation hence your books are a work of art. I’m friends with International Best Selling Author Kevin J Anderson and had a long conversation with him about how fantastic are your book and so far he’s read Chosen and thinks that you have it all figured out and there is so much talent in you.
I wished at that moment I had your number to have him tell you himself how good and Talented you are. He will soon be working with George Lucas again for StarWars 7-8&9 movies. He is father of my best friend and his wife Rebecca Moesta is one of the main Author for the X-Files. As they said and were right you have so much talent, we can’t wait to see what comes next your way. I believe personally big things will come your way. You work so hard in your novels, you definitely deserve the best credit there is to give a great and amazing author of your caliber.
Thank you so much for enriching our lives with your stories. You’re amazing and am thrilled that your hard work is paying off. You deserve it!!!!
Much love from the fan who’s life was literally saved by reading Chosen. I was giving up but after reading Chosen I knew I had to fight this disease with no cure for my children and I’m honored to say you saved my life. I owe you my life!
Thank you!
Jen McCculley