My New Manuscript Has a Cast

Last night I read through my manuscript of TORN one last time after my latest revisions. (I sent it off to a couple of people to read.) I consider it done unless something major comes up, which means it’s time to move on to a new project.

No rest for the wicked, I always say.

My next project is a middle grade novel that has lived in my head for a year. As strange as it might sound, this project has intimidated me. It’s involved a lot of  research. Researching doesn’t intimidate me, but the sources have been difficult to come by and difficult to sort out. It’s not as simple as a few clicks of my mouse. I’ve had to order and read actual books. O.O

I’ll also admit that the lower word count associated with middle grades is intimidating. I know before I even start it’ll be longer than 30-40K.  But in my head, this WIP has more of a Percy Jackson or Harry Potter feel in plot and length. (First books for both are 87 and 77K, respectively)

It was a rainy day today and I was in my usual post-manuscript depression. I needed something to cheer me up and decided to look for pictures of the cast in my new project. Now, it’s taken me MONTHS to find pictures for TORN so I didn’t expect to make much progress.  But once I started looking for the middle grade (still untitled) cast photos, I had all five of my major characters in about 30 minutes.

That will NEVER happen again. Ever. I’m very picky. 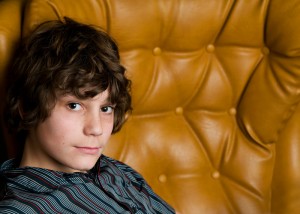 Zach, the twelve year old main character who finds a gold chalice buried in his backyard 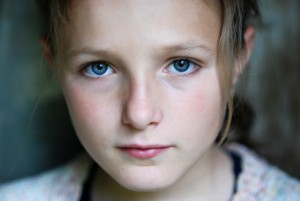 Caroline, the most annoying girl in sixth grade and the only other person who can see it

(I was extremely picky with Caroline, I thought it would take me weeks to find her. I LOVE this picture.) 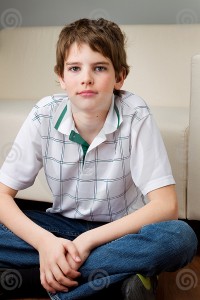 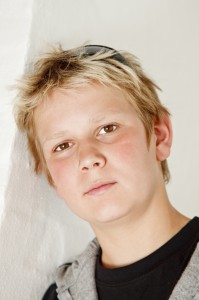 Griffin. His personal goal is to make Zach’s life a living hell. 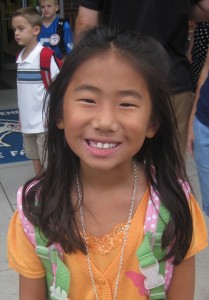 I plan to start plotting, finish some research and start writing by Monday, May 2. Woohoo!

Do you all find photos for your characters?

What I’m listening to: Arctic Monkeys– My Propeller. I’ve associated the sound of this CD (Humbug) with this wip since the idea first popped into my head last year.

Woooooooooot! Love the cute girl at the end!!! Well and all of them really 😉

I’m most excited about Caroline.She needed a very specific look. She needed to look delicate but kind of intimidating. Oh, and very blonde. I think this photo nailed it.

Love these kids – especially Caroline. She looks so ethereal and intense. Also, I’m glad I’m not the only one who combs the internet looking for the perfect person to represent my characters. 🙂

I JUST tonight found all the photos for the TORN characters. Even still, I’m not sure about Reece.