As if Panera wasn’t awesome enough all on its own, add New York Times and USA Today Bestselling Author Denise Grover Swank, author of REDESIGNED, Kay Bratt, author of THE SCAVENGER’S DAUGHTERS, and Larissa Reinhart, author of  STILL LIFE IN BRUNSWICK STEW, to the mix! Spend a couple of hours with the ladies, discussing books, life, and Denise’s penchant for writing in inappropriate places–like her bathroom. With kids in the tub. It happens. 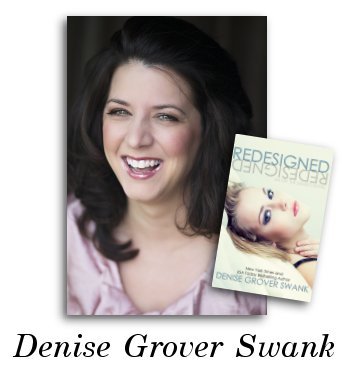 While fashion design major Caroline Hunter may have been born economically unlucky, in college, she’s been lucky in love. Until her senior year at Southern University. She’s gone from a serious long term boyfriend to a string of crappy dates.

Reed is everything she’s not looking for. Serious. Headed for a low paying university job. Boring. Caroline spent the first eighteen years of her life wondering where her next meal was coming from. She sure wasn’t getting trapped in that life again with a man living on a professor’s salary.

An encounter with Reed in a club proves she might have pegged him wrong. He brings out a lusty side she never knew she had. But just when she’s about to give in to her hormones, Reed makes a fool out of her.

When she shows up for the first committee meeting for Southern University’s Fall fashion show, a fundraiser for underprivileged kids, Caroline’s horrified to discover the insufferable Reed is the committee chairman. While she refuses to tolerate his totalitarian rule of the committee, she’s not sure she’ll survive the month with her heart—and her pride—intact. Just when she thinks she has everything figured out, she finds that her entire life has been redesigned, thanks to Reed Pendergraft.

Other books from Kay: Click here for Denise’s Amazon Page 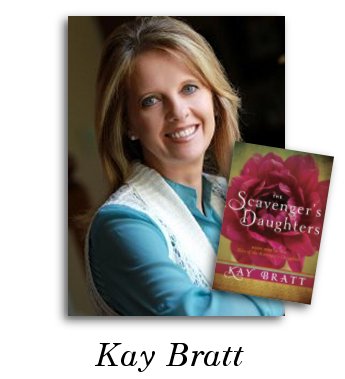 Having survived torture and imprisonment during China’s Cultural Revolution, Benfu escaped to find love with his compassionate and beautiful Calla Lily. Together they build a fulfilling life around the most menial of jobs—Benfu’s work collecting trash. As he sorts through the discards of others, he regularly discovers abandoned children. With unwavering determination, he and Calli spend decades creating a family of hand-picked daughters that help heal the sorrow and brighten their modest home. But all is not perfect and when crisis threatens to separate their family, Benfu—or possibly his band of headstrong daughters—must find a way to overcome the biggest hardship yet.

Inspired by a true story, and set against the backdrop of a country in transition, The Scavenger’s Daughters is a sweeping present day saga of triumph in the face of hardship, and the unbreakable bonds of family against all odds.

Other books from Kay: Click here for Kay’s Amazon Page 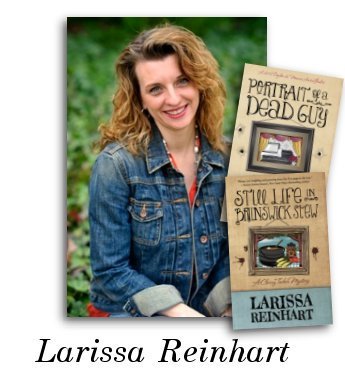 Cherry Tucker’s in a stew. Art commissions dried up after her nemesis became president of the County Arts Council. Desperate and broke, Cherry and her friend, Eloise, spend a sultry summer weekend hawking their art at the Sidewinder Annual Brunswick Stew Cook-Off. When a bad case of food poisoning breaks out and Eloise dies, the police brush off her death as accidental. However, Cherry suspects someone spiked the stew and killed her friend. As Cherry calls on cook-off competitors, bitter rivals, and crooked judges, the police get steamed while the killer prepares to cook Cherry’s goose.

Portrait of a Dead Guy
(A Cherry Tucker Mystery)

In Halo, Georgia, folks know Cherry Tucker as big in mouth, small in stature, and able to sketch a potrtrait faster than buckshot rips from a ten gauge — but commissions are scarce. So when the well-heeled Branson family wants to memorialize their murdered son in a coffin portrait, Cherry scrambles to win their patronage from her small town rival.

As the clock ticks toward the deadline, Cherry faces more trouble than just a controversial subject. Her rival wants to ruin her reputation, her ex-flame wants to rekindle the fire, and someone’s setting her up to take the fall. Mix in her flaky family, an illegal gambling ring, and outwitting a killer on a spree, Cherry finds herself painted into a corner she’ll be lucky to survive.

Other books from Larissa: Click here for Larissa’s Amazon Page

I see you share interesting stuff here, you can earn some additional cash, your blog has big potential, for the monetizing method, just search in google – K2 advices how to monetize a website