A Case in Civility 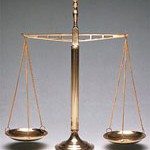 I’m a firm believer that just about any situation can be a learning opportunity. I don’t mean barking out “Recite the multiplication table for 3s. GO!” (Although I might do that in a goofy or competitive way.) No, I mean that when something occurs that my kids don’t understand, sometimes I’ll figure out a way to teach them without going into lecture mode. (Although I’ve done that too.)

Here’s an example: When the tsumani hit Japan last year, my younger children had no idea what it meant. “How can an earthquake make a flood in Japan?” Jenna, my eight year old asked. I decided that a physical demonstration would be the best way to show her and her younger brother and sister. So I got out my big red bowl and a can of soup, put the can in the bowl and filled it up with water. 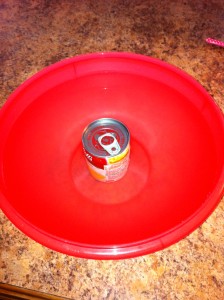 Who knew the Pacific Ocean was so round?

Then I shook it, explaining that the earthquake shook the water and sent it sloshing toward Japan. An over simplistic explanation, but enough for an eight, five and three year old to understand. And cover the kitchen counter with water when they took turns creating their own tsunamis.

My little gods in the making.

Several weeks ago, the kids all came home from school, even Julia, my fourteen year old who usually has play/musical/forensics after school. They all sat around the kitchen counter eating a snack when Jenna said, “I wish we could have gone to Santa-Cal-Gone-Days this year.”

A moment of guilt hit me. Santa-Cal-Gone-Days is a big street fair held in the Independence, Missouri town square every Labor Day weekend and my kids begged to go.  I’ve never taken them. Well, at least not since Julia was really little. The thought of dragging those kids to a crowded, hot carnival atmosphere along with sketchy carnival rides is enough to make my skin crawl. If I was a better mother, I’d take them. Instead, I give them big red bowls with soup cans.

“You’ve never taken us to a carnival.” Jenna continued.

I raised my eyebrows and said, “I most certainly have.”

Jenna whipped her head around and said. “No, you haven’t.”

And it all went down hill from there.

So I explained that when someone accuses you of something, you were entitled to a trial. I told Jenna that since she wasn’t accusing me of committing a crime, instead pain and suffering for not providing her the experience, it made her case a civil trial.

“Civil trials often don’t have a jury. The judge decides the case.”

I explained the jury process from selection to their duties in the trial. (It helps that I’ve been researching this for my upcoming Rose Gardner Mysteries book, Twenty-Nine and a Half Reasons)

“Okay,” I said. “We know your accusation makes this a civil case. That makes you the plantiff since you are bringing the charges against me. Since I’m the one accused of doing something wrong, that makes me the defendant. I’m defending myself against your claims. Understand?”

Ryan and Emma didn’t get it, but Julia and Jenna did. Then I made the younger kids repeat the word plaintiff several times. Because  it’s a fun word. And because I could. Muuaaahhh.

“We don’t have enough people here to have lawyers to present our cases, so we’ll have to represent ourselves.”

Jenna was fine with this.

“We need a judge. Julia you’re the judge.”

Julia was thrilled to have unlimited power the power to decide the case.

I needed Ryan as my witness, so Emma became the bailiff. God help the criminal that tried to cross her.

Next, I told Jenna that we were to present our opening statements to the judge. We needed to tell her about our case  and why we thought we were right.

Jenna got her goofy grin, the one she gets when I ask her to do something off the wall, and told Julia that I had never taken them to a carnival and that this had caused her distress. (I supplied a few words and phrases to help her.)

Then I addressed the court, playing with the courtroom participants emotions like YoYo Ma plays the cello. I should have been an attorney. Or maybe an actress.

“Your honor, and esteemed members of the court.” I paused to dramatically look into each of their faces. A few giggles may have erupted. “I have been accused of the most heinous of crimes. I will not only present to the court that I have indeed taken the plaintiff to a carnival, but also provided her with an wonderful time. I will clear my name!”

There was full blown laughter.  I told Julia, that she needed to get order of her court.

Julia banged her fist on the counter. “Order in the courtroom.”

I told Jenna to call her first witness, which was herself.  Emma swore her in, with my help with the words, then Jenna told us her side of the story.

“Now I get to cross examine,” I said.

I narrowed my eyes. “May I remind you that you are still under oath?”

“What does that mean?

“It means that if you lie while you are under oath, you are committing perjury, which is a crime and you can go to jail.”

Her eyes widened even more.

“You can’t go to jail. This is a pretend trial, but if you are in a real court case, you can.”

“Jenna,” I said in a soft voice. “Do you remember the church Sunday School carnival that was held at the church last month.”

I leaned forward and lowered my tone. “Did I or did I not take you and your siblings to the carnival?”

“Yes, but there weren’t rides.”

“Were there games? Did you win prizes?

“Was there or was there not a bouncy house with unlimited bouncing?”

I moved in for the kill. “So I did in fact, just a mere month ago, take you to a carnival where you not only played games that offered prizes but you also got to jump in a bounce house?”

“Was this or was this not a carnival?”

“A simple yes or no question is all that I need, Miss Swank. Was this a carnival?”

I turned to Julia. “Your honor, the planitff has admitted that I have indeed taken her to a carnival. I request that all charges be dismissed.”

Julia looked up from the book she was reading. “Case dismissed.”

Poor Ryan never even got to testify.

Jenna took a bite of her apple and mumbled. “I still want to go to Santa-Cal-Gone Days.”

You are a brilliant mother!